Over 50 years, there have been at least 41 predictions of climate change catastrophe, not one - ONE! - of which has come true.  So, this big lie of the "science is settled" just gets bigger and bigger.  Remember, this is not - NOT - about saving the planet, or making things better.  This is about control and money - NOTHING ELSE!  That's not to say that there aren't some true believers out there, though.  Their problem, tnough, is that they're either deluded or ignorant.  Well, let's address the ignorant.

If you believe all this hubbub about climate change is true and that we're doomed, it might be a good idea to understand how all these paragons of scientific truth have either been wrong, or just out and out lied before.

This first link details 27 previous episodes of junk "science".  Following that are links to the 14 latest ones.  So, don't be wilfully ignorant.  Learn!!

What is "Necessary Evil", and how does that affect me? 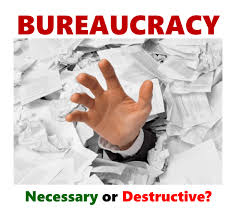 I have been perturbed lately by discussions I've had online and with actual humans in person about why we should or should not trust our government, and one thing stands out to me.  That is how little we understand the nature of government, and the pains our Founders went through to protect our nation from the problems governments and potentates had caused in the past.  First, and this is an important point, they collectively viewed government as a 'necessary evil'.  The larger the government, the less necessary, and the more evil. But, let's take a close look at the term "necessary evil".  There are two operative and diametrically opposed terms here.  "Necessary", and "Evil".

Stephen Moore: "One of my favorite stories of American history dates back to the 19th century when Col. Davy Crockett, who fought at the Alamo, served in Congress. In a famous incident, Congress wanted to appropriate $100,000 to the widow of a distinguished navel officer. Crockett took to the House floor and delivered his famous speech, relevant as ever: 'We have the right, as individuals, to give away as much of our own money as we please in charity; but as members of Congress we have no right to so appropriate a dollar of the public money. … I am the poorest man on this floor. I cannot vote for this bill, but I will give one week's pay to the object, and if every member of Congress will do the same, it will amount to more than the bill asks.' Crockett was the only member of Congress who donated personally to the widow, while the members of Congress who pretended to be so caring and compassionate closed their wallets. It all goes to show that liberal do-gooders were as hypocritical then as they are today."

And THIS, ladies and gentlemen, is how liberalism works. It is IMMORAL to hold a gun to someone's head and force them to finance something you feel is important.

Governments do one thing and one thing only - wield power. There is no such thing as a benevolent government. Governments only appear somewhat benevolent because they haven't yet completed their journey to tyranny, but they are all headed in that direction! So, be very afraid of any power you grant to anyone, and even more afraid of power given to a group of people.

What brought on this mini dose of absolute reality? The story of little Charlie Gard, a British infant the British government wants to kill. Despite the offer of a U.S. doctor to use a new experimental procedure that has some possibility; despite the raising of private funds to pay for it; despite the offer of Congress to grant citizenship to little Charlie to expedite his trip here; and despite some physical evidence to suggest there's still "something there" inside little Charlie's head, the British government wants to kill him.

Why? Two reasons: Them's the rules, and because they can.

Still want the government to have a role in health care? Well, pardon me, but you're an idiot.

How do we know He is risen?

How do we know Jesus was risen on that Sunday morning? There are obviously several reasons, but let me pose one you don't often hear....

First century Jewish society was very mysonigistic in that women were not even trusted as witnesses of a crime. They were considered completely unreliable. If the only witnesses you had were women, you were not guilty, yet the Apostles, to a man, gave credit to the Marys who first arrived at the tomb and who told them Christ had risen. The only possible reason for them to do that was because it was true!! If this had been a hoax, female eyewitnesses would have been the last thing they would have used. Even in death, Christ elevated those who were the least in society, and as a result, gave us yet another tangible proof that He is risen!!