I am amazed at the number of people who just don't think.  I know we've become an intellectually lazy generation, and after all, thinking just isn't "fun" any more, but come on, folks, this is our children's future we're talking about here.

We've all heard "there's no free lunch", since childhood, but for some reason, we still just don't get it. How else do you explain gambling (it's a tax on stupid people).  So now many believe we can stand in a circle with our hands in each other's pockets, and somehow everything will get better.  Life just doesn't work that way, and those who believe it does are just not thinking.

Now, I don't care how clever you are, the current policies of our national leadership are untenable at best, and apocalyptic at worst, and you just can't argue otherwise.  If you look at nothing but the growth in national debt over the last 3 years, that should be all the evidence you need.  However, this is not a disaster that cropped up over night.  We have been warned about it for decades.  To remind yourself just how bad, take a look at this!  While both parties are at fault, and I actually blame the Republicans for their lack of intestinal fortitude, the so-called "progressives" have put this insanity on steroids.  We've been teetering on the edge of the abyss for some time now, and many are beginning to openly warn of the coming crash, and yet our leadership insists on doubling down on all the bad decisions they've made in the past.

Now, one election won't cure the problem, and many (including me!) have suggested all we're going to do is crash the plane at an angle instead of a steep nose dive in, we can at least put an end to those pushing our society over the edge.  I don't care if you're Democrat, Republican, Independent, Libertarian, or politically agnostic, the only decent decision made by this administration in the past 4 years was to let the Seals pop Bin Laden, and the President put off that decision 3 times before finally, reluctantly, giving his go ahead, and then taking all the credit as if he was there and personally pulled the trigger.

It is time for a change in leadership, particularly in the Senate and the White House.  Lots of Repubs should be replaced as well.  Personally, I'd like to see another lopsided contest like the one McGovern experienced in both branches of government, and I wouldn't mind revamping the third one as well.  Hey, shock 'em all, and maybe the pucker factor will cause some of the invertebrate legislators to grow a vertebral column (don't know what we'll do about the brain.....oh, well).

So, listen.  Get your thinking straight.  Otherwise, when the end comes, we'll still be doing this: 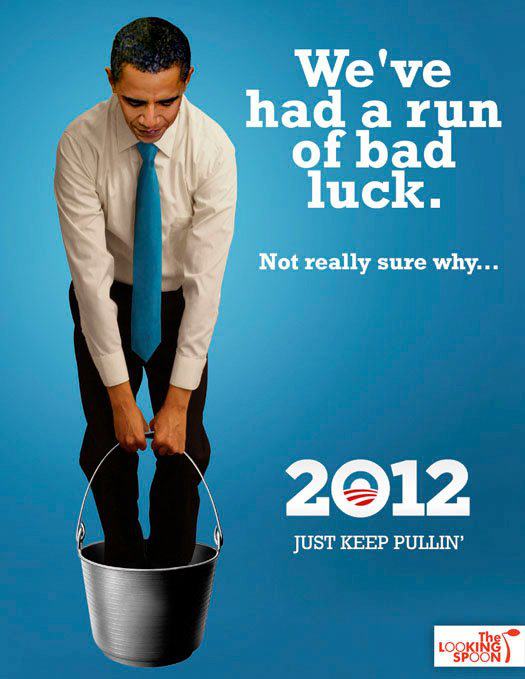 Come on, people....THINK (and use your head this time)!